As a beginner, it might be impossible for you to get started with the bitcoin technology without understanding the technical aspects of it. So today, let’s start digging a little deeper to understand the basics as well as advanced features, advantages, implications and impact of a digital currency known as bitcoin. As a world-renowned Mobile App Development Company in Delhi, we hope we’ll able to shed some much-needed light on this cagey technology. 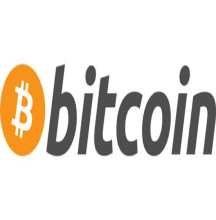 Bitcoin is a form of digital currency created in 2009, created and held electronically. It is created by an unidentified person using the alias Satoshi Nakamoto. Bitcoin is controlled by no one. There is absolutely no involvement of middlemen- that is no banks or any other financial institution. Bitcoin uses a decentralized technology to make secure payments and store money online without the inclusion of banks or user’s personal details. Bitcoin isn’t available in physical form- like rupees, Euros or dollars- they are generated by people, businesses, merchants and running computers all around the world, employing software that solves simple mathematical problems.

Nobody knows the real person behind the invention of the first cryptocurrency Bitcoin, other than the name of the alias who is said to be the one to give birth to Bitcoin in 2009- Satoshi Nakamoto. According to the sources, there have been several attempts to identify the real person behind this invention, but unfortunately, all the attempts have gone in vain. Well, his only objective behind proposing this electronic currency system was to produce a currency independent of any central authority. Along with this, he also wanted a currency that is only available and transferred digitally, with a minor transaction fee.

How is Bitcoin different from normal currencies?

Bitcoins can be used to buy things anonymously and electronically, making this crypto currency just like the conventional Dollars, Euros, Pounds or Rupees, which are also exchanged and traded electronically. But the most prominent factor that distinguishes Bitcoin from normal money is that it isn’t regulated or decentralized. There isn’t a centralized body, institute or laws that act as a watchdog of Bitcoin network.